It's League of Blogs time again over at The Football Attic so, like last year, we need DesignFootball.com football kits (Home and Away), and this time a crest as well, to all be presented in TFA's famed sticker book style*.

For the kits, download the gif or jpeg template from TFA and upload your designs to this site for them to be considered. For crests, upload in a supported format of your choice, using the DF logo as a guide.

This competition CLOSES ON FRIDAY 24TH MAY 2013 AT 23:59 BST so get designing quickly and the winning kit and crest (not necessarily from the same designer), chosen by myself and the other DF admins, will take pride of place representing DF throughout the rest of the year.

*Actual sticker book release not confirmed at time of publishing.

UPDATE - 25/5/13: The competition is now CLOSED.  Winners will be announced shortly.

UPDATE - 30/5/13: Finally, after much pestering from The Football Attic, we can announce the winners.

For the kit, the admins unanimously went with Sallicca's striking yet classic Home and Steevo's stylish Away.  There were plenty of impressive entries, particularly by Rey, but what we liked so much about the two winning designs were that they, instead of focusing on representing the site with our logo, also prioritised a genuine, measured kit design approach, which is what DF is all about.  Steevo even included a baselayer with his entry and a later version had particularly striking boots.

Interlocking seemed to be the order of the day for the crests and credit for that must surely go to FiascoFootball, so well done to him.  Steevo took the idea and ran with it for the final design that will be used, but it was definitely a collaborative effort so congratulations to the two of them.

For the final presentation we have tweaked the winning entries slightly so they fit slightly better with each other.  The green colour of the Home has been adapted and the winning crest design and our logo as a sponsor added.  We also thought the tribute to football design's beloved David Beckham was inspired so we've gone with that above the shoulders on both figures, with Steevo's (design's) popular quiff added for good measure.

Thanks so much to everyone who got involved.  It was very late notice so everyone did brilliantly.  Look out for the likely sticker book over at The Football Attic...

There are 36 images in category 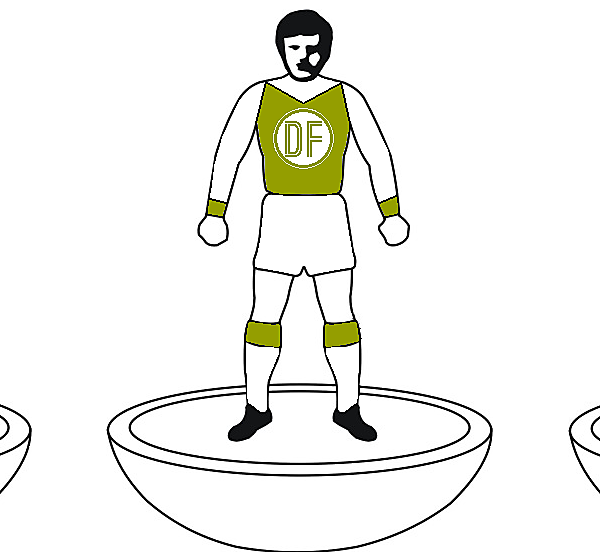 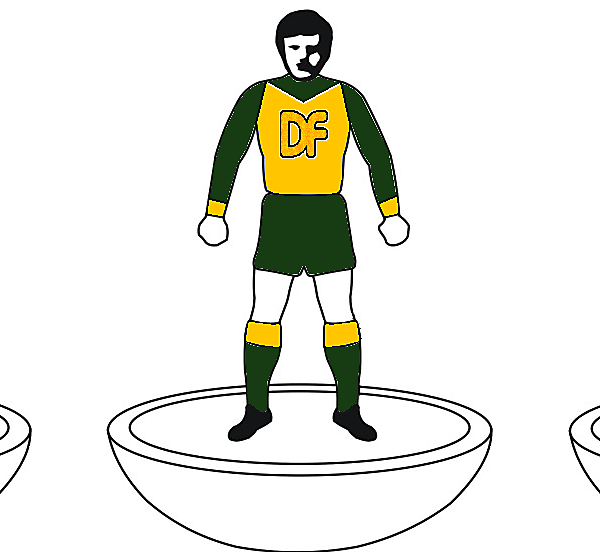 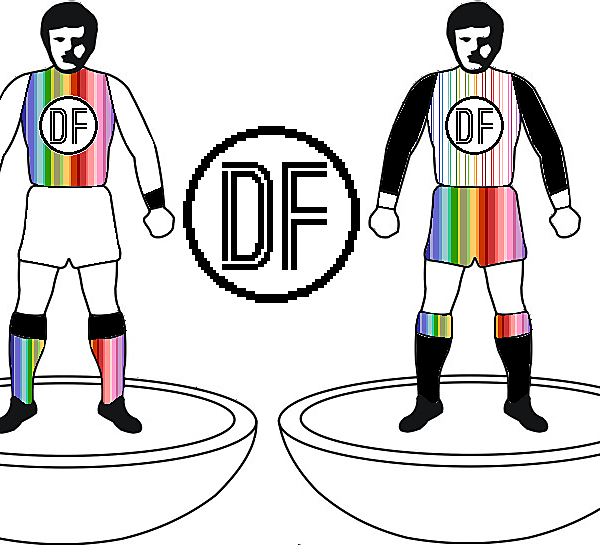 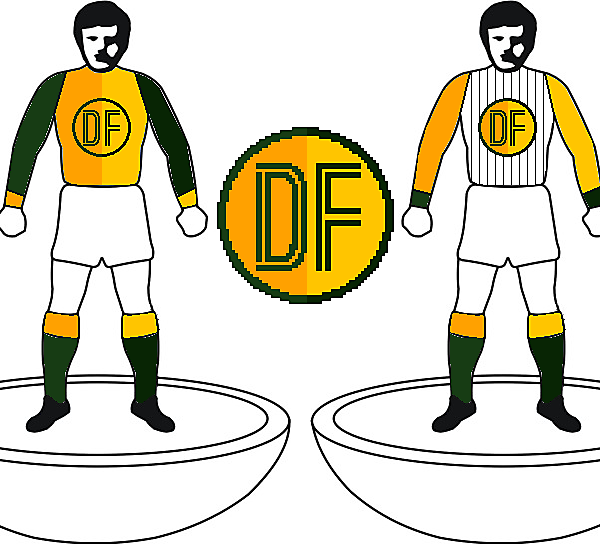 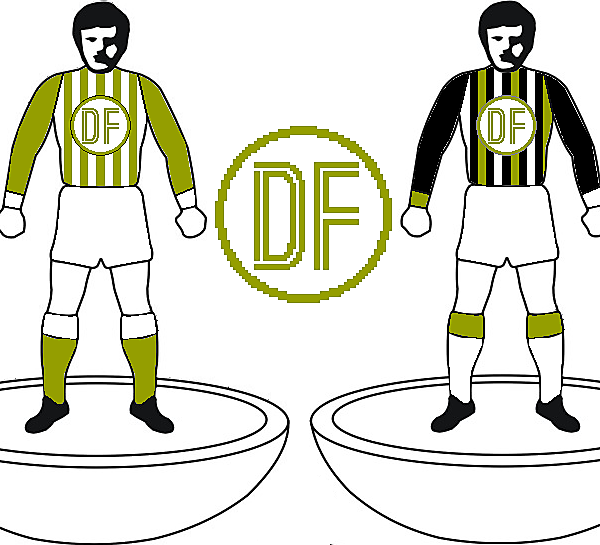 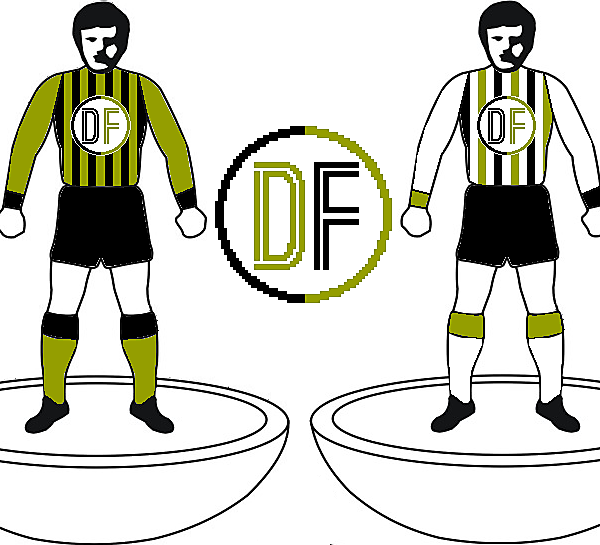 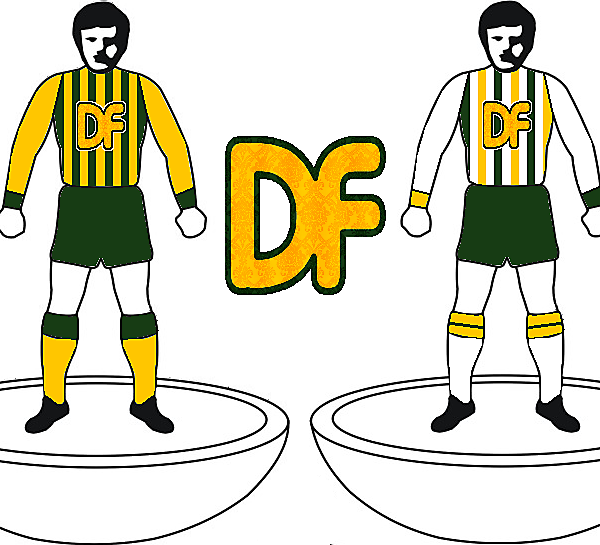